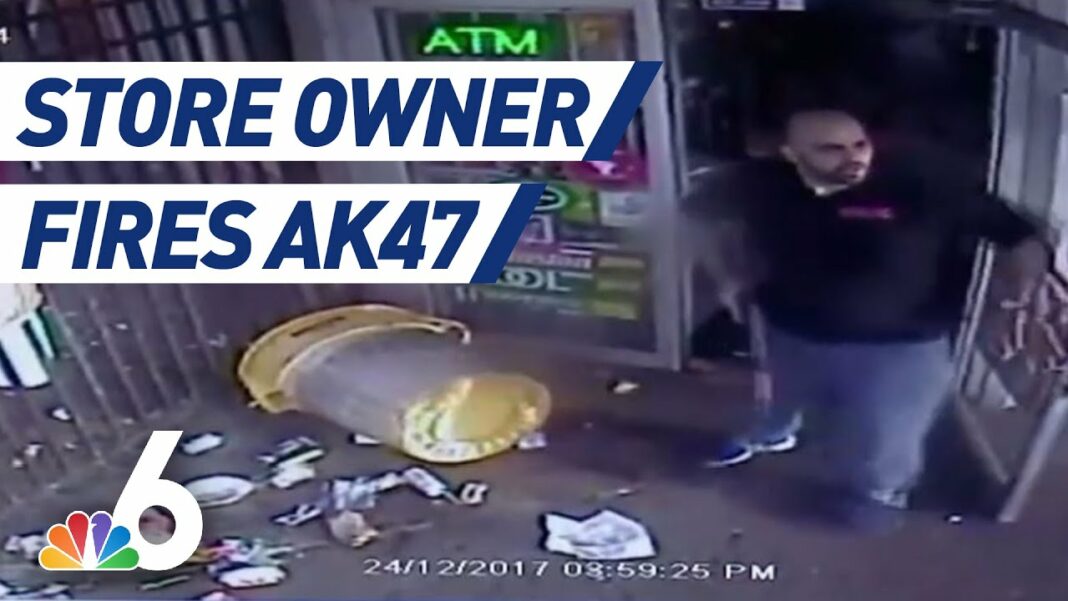 The state of Florida has a “stand your ground” law which means a person has the right to use deadly force if they feel their life is threatened, and force is necessary to prevent death or bodily harm. That is what a store owner is claiming as self-defense when he fired an AK-47 at a customer on Christmas Eve in 2017. As a result, the customer now has a permanent disability.

The recently released surveillance video shows Saf Ahmad, 30, firing the assault rifle at an unarmed customer with whom the store owner was having a verbal disagreement.

The customer, Jason Morris, 33, had left the Kwik Pic convenience store in Lauderhill, Florida, and got into his car. He then threw a bottle of castor oil at the store. That is when Ahmad began firing his AK-47.

Ahmad told Florida Police that he saw Morris going into his vehicle to get a gun and that the customer had returned inside the store threatening to kill him and his employees. 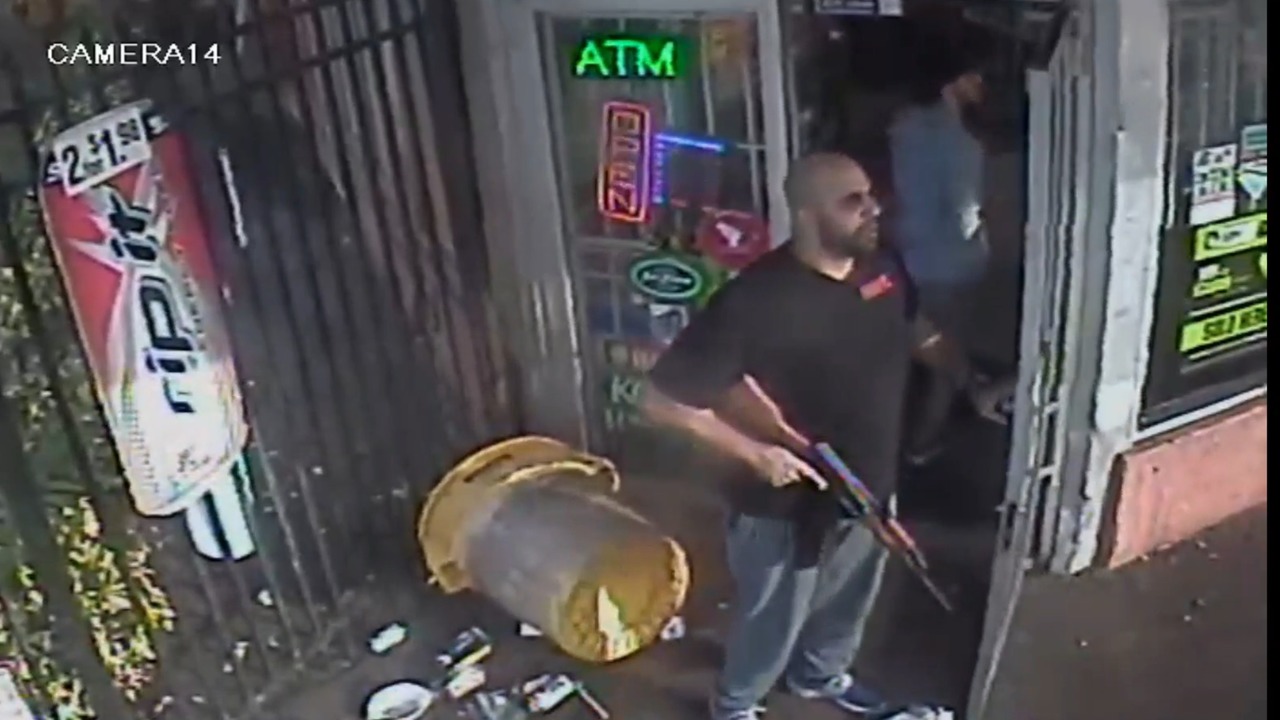 Police had studied the video and could not find evidence of Morris brandishing a firearm.

The Broward County Sheriff’s Office stated that Ahmad was then arrested on a charge of aggravated battery with a deadly weapon after shooting Morris.

What the video does reveal is Morris’s destruction to the convenience store property inside and outside. The footage shows the angry customer kicking over a large trash can into the store before fleeing. Morris then threw a second trash can from outside the store before he got into his car.

Morris drove his car around in circles in the store parking lot. He then returned to throw something at the store, which police later identified as the bottle of castor oil.

The video then captures Ahmad running out of the Kwik Pic with the assault rifle and shooting Morris in the back as he drove away.

Two other Kwik Pic employees are also own with a handgun each from other surveillance video footage. 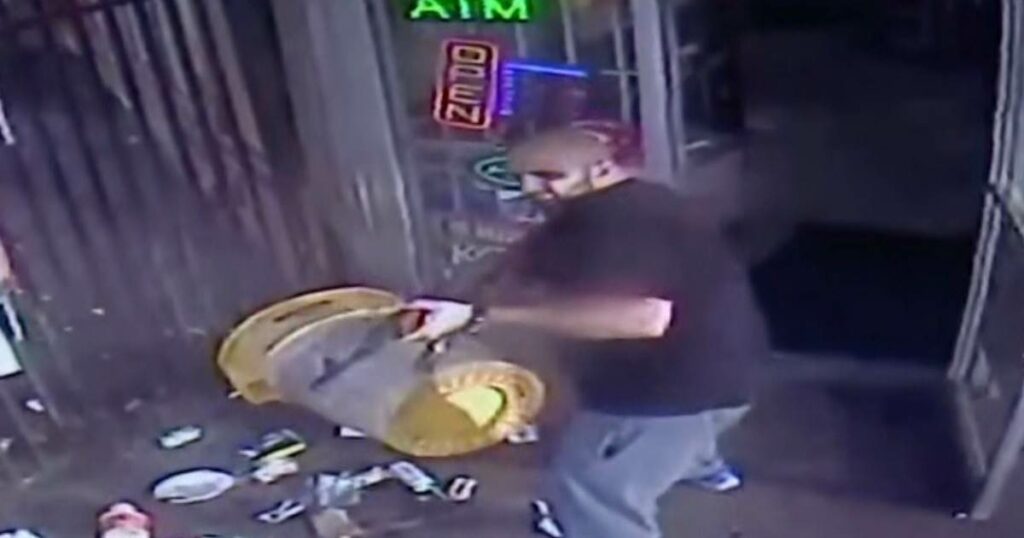 Morris has his side of the story, and according to the police report, the customer claims he had gone to the convenience store on Christmas Eve to alert the store owner and employees about a friend of his who was recently severely beaten up outside the establishment.

Morris says that customers had been threatened with violence and that illegal things were going on inside the Kwik Pic. He says the discussion turned to an argument, and it escalated. He saw the employees pull out guns, and he decided to leave the store.

While in his car, Morris had trouble finding his way out because the street he took did not lead to the main road. He drove back to the store parking lot and told the police he threw a bottle at the store.

In the meantime, Ahmad’s attorney, Andrew Rier, says that Florida Police are not correct. He says his client was in danger and did not begin any trouble and that the confrontation was brought to Ahmad, and all he did was defend himself as he has a right to do under the Florida state statute.

During a court filing in July, Attorney Rier says that the Kwik Pic owner was in fear of his life because he believed that the item thrown at his store could possibly have been a grenade.

That is why Saf Ahmad believed he had no choice. For him, deadly force was necessary to prevent imminent death or great bodily harm to himself as well as others present, said the court filing.