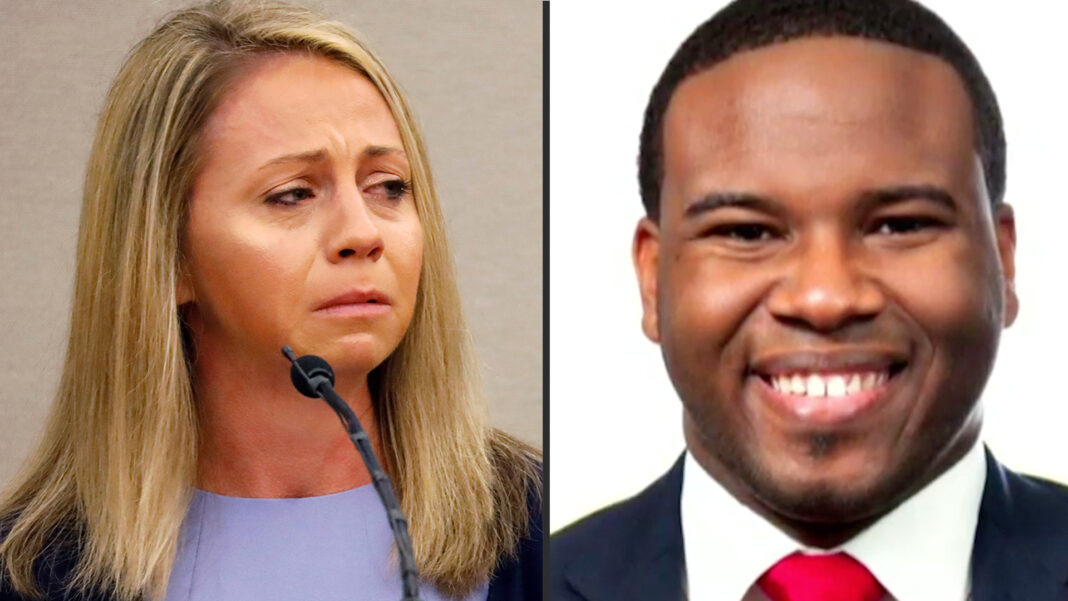 Police have arrested several suspects in the murder of Joshua Brown, a key witness for the prosecution when Amber Guyger was tried for murder. Guyger is the Dallas police officer who accidentally killed her neighbor Botham Jean after she went to the wrong apartment and mistook him for an intruder. A jury found her guilty and sentenced her to 10 years in prison.

Because of Brown’s testimony in the controversial trial, many have viewed his murder as highly suspicious and feared it may have been retaliation for testifying. Dallas police held a news conference to share what they know about the case and to warn against wild speculation which could lead to further violence.

According to police, Joshua Brown was attempting to complete a drug sale when he was murdered. They have taken three suspects into custody who they allege travelled to Dallas from Louisiana to purchase drugs from Brown. The youngest suspect, 20-year-old Jacquerious Mitchell, is in police custody even though he is still hospitalized at Parkland Hospital. The other two men allegedly involved in the altercation that led to Brown’s death are 32-year-old Michael Mitchell and 22-year-old Thaddeous Green, who was the last suspect apprehended in the case.

Assistant Police Chief Avery Moore expressed his feelings of sympathy for Joshua Brown’s family and flatly denied the theories surrounding the case that the killing was related to Brown’s recent testimony. Moore stated that the situation escalated when there was an altercation between Thaddeous Green and Joshua Brown.

Jacquerious Mitchell claims that he was shot by Brown as he exited the car. The dispute ultimately led to the gunshots that resulted in Joshua Brown being killed. Police further allege that after the murder, Thaddeous Green stole Joshua Brown’s gun and backpack. After the three fled the scene, they split up with Michael Mitchell dropping Thaddeous Green off at an unknown location and taking his nephew Jacquerious Mitchell to the hospital.

The incident did not happen at Joshua Brown’s apartment complex, but at another apartment approximately three miles away. Witnesses told police that after they heard the gunshots, they noticed a silver car leaving the parking lot at a high rate of speed. When officers arrived at the scene, they found Joshua Brown wounded and bleeding. Although he was also taken to Parkland Hospital, he did not survive his injuries.

Police say that they found $4000 in cash as well as a significant amount of marijuana and THC cartridges in Joshua Brown’s apartment. Police also disclosed that Brown had previously been involved in a shooting incident that left him injured and another man dead at a Dallas strip club when a third man opened fire after fighting with Brown.

Joshua Brown was 28 years old and worked as a short-term rental manager. Brown became upset when testifying during the Guyger trial, testifying that although he did not know his neighbor Botham Jean well, he often heard him singing while in his apartment. Although Joshua Brown’s family did not dispute the information presented by police, they did release a statement that called for an independent investigation and maintained that a “cloud of suspicion” would remain around the case if it was investigated by the Dallas Police.

Dallas Mayor Eric Johnson released a statement commending those who waited for the results of the police investigation before jumping to conclusions. The mayor also implored anyone in the community with additional information to step forward and share it with the Dallas Police Department. Crime Stoppers has offered a $5,000 reward and the CEO of BrisaMax Holdings has offered $100,000 for information about Joshua Brown’s murder.