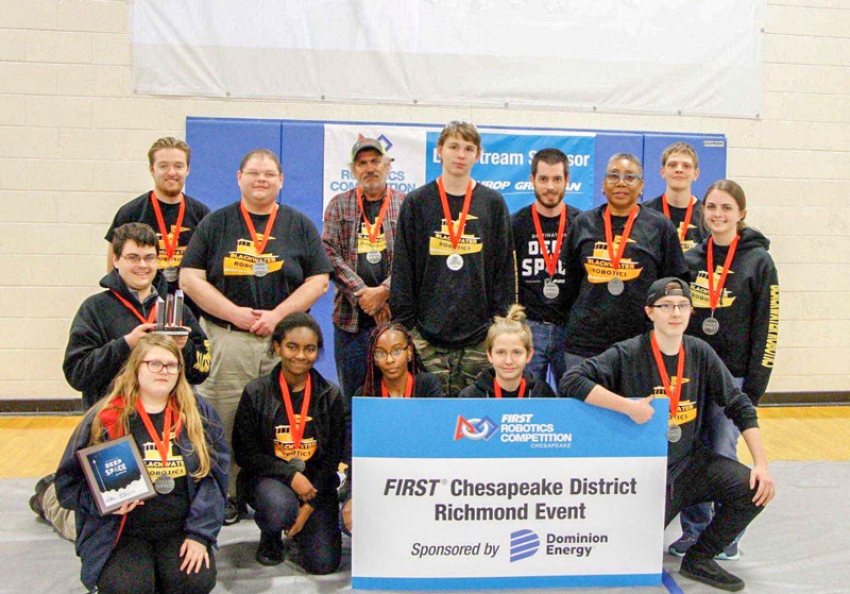 The “Blackwater Robotics” are a FIRST Robotics Competition Team from Franklin High School. They will face competitors from all around the world on April 24th through the 27th in Detroit, Michigan. The FIRST Championship is presented by Qualcomm.
The “Blackwater Robotics” won their place at the international tournament this past weekend at the George Mason University’s EagleBank Arena during the FIRST Chesapeake Championship.The top robotics teams in high schools from Washington, D.C., Virginia, and Maryland competed at the GMU event.
The executive director of FIRST Chesapeake, Leighann Scott Boland, stated, “These students really rose to the occasion and displayed tremendous energy, ingenuity and teamwork at our District Championship. Over an exciting competition season, they’ve sharpened their technical skills and learned important life skills, and we’ll be rooting for them in Detroit!” 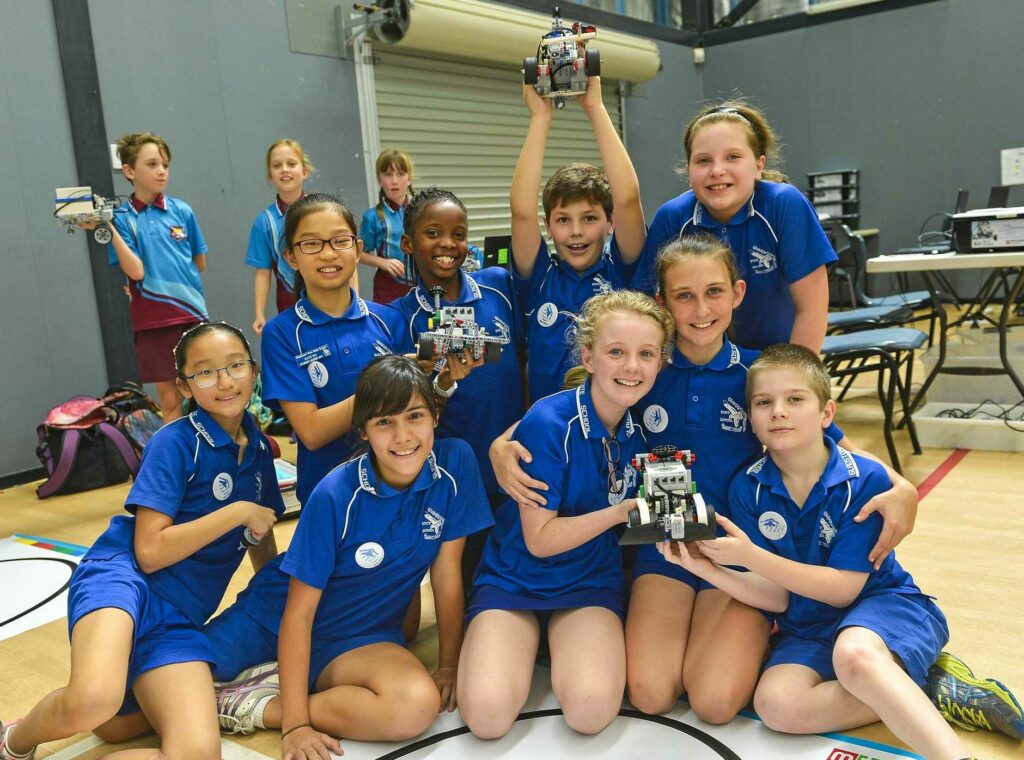 In all, 22 different teams go on to the Detroit tournament from the Maryland, Virginia, Washington D.C. area. The teams work with local mentors in their communities that volunteer to help. They have only six weeks to design their robots, build them, and then test to make sure they work.
Altogether, 22 First Robotics Competition teams advanced to the Detroit tournament from the DC/MD/VA district. Working with volunteer mentors from their communities, the teams had just six weeks to design, build and test their industrial-sized robots.
Brandon Yanna, the Franklin team’s coach, spoke to The Tidewater News about this achievement. He stated that the last week was extremely exciting for the Blackwater Robotics. They competed for the spot available for FIRST Championship out of the 58 teams that went. Competing at the FIRST Chesapeake District Championship isn’t easy but Yanna was impressed by their accomplishment.
He continued by explaining that each team had to participate in the 12 matches to see what the teams ranks were at the event. In the end, Blackwater Robotics were ranked 29th out of the 58 teams that participated. Blackwater Robotics was also picked by the number two alliance captain, Garrett Coalition of Accident Maryland (Team 1629), in the alliance section. The Garrett Coalition of Accident, Maryland, partnered up with the SuperNOVA of Woodbride, Virginia (Team 4472) who is the second team selection. 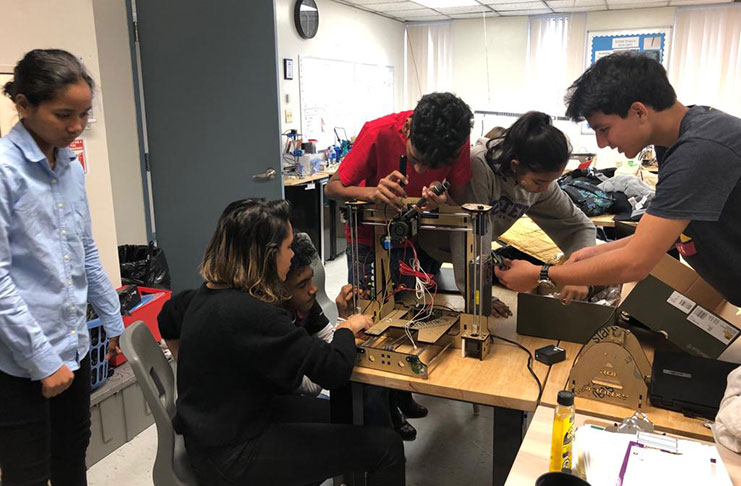 The seventh seeded alliance was led by the Blair Robot Project of Silver Spring, Maryland (Team 449). They took on the second seeded alliance who fought valiantly in both quarterfinal matches. Both of the matches were very close, but in the end the second seeded alliance had been defeated against the seventh seed. They lost in the quarterfinals.
The points that had been earned in the earlier events by the Blackwater Robotics were added to the pointed they had already earned at District Championship to figure out the qualification for FIRST Championship. The points were then tallied at the completion of the event. Blackwater Robotics discovered they had finished 15th in the District Standings. This means they had enough points for qualification for FIRST Championship.
Brandon Yanna teaches science, AVID, and math classes at Franklin High School. He stated that the local team would meet before dawn on the 23rd of April at the Charles Street Gym. This is the same site the students planned and created their robot throughout the last year and also in the past.
The Blackwater Robotics had many sponsors who made their attendance at the Champion happen. They would like to thank the sponsors that follow: Franklin City Educational Foundation; Franklin-Southampton Charities; BAE Systems; Burgess & Company; Franklin Rotary Club; International Paper; Newport News Shipbuilding; Collins Machine Works; Intentional Innovation Foundation; Solidworks and Franklin City Public Schools; and Marine Specialty Painting.