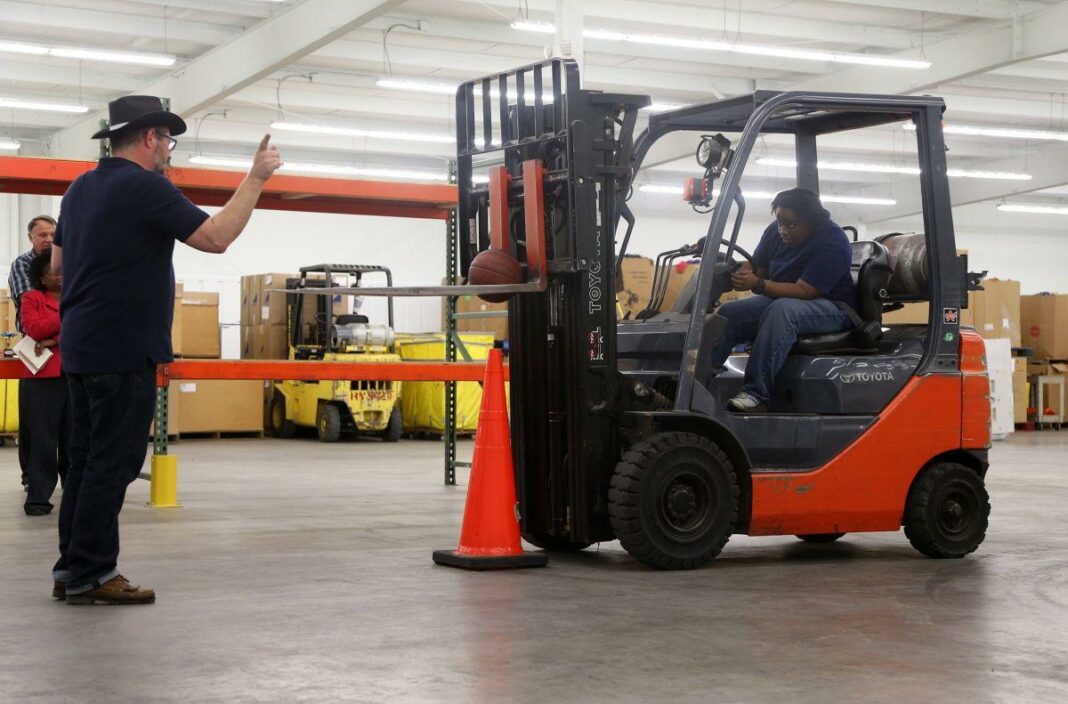 Wayne White had to feel more than just a little pride when the seven students in his class made things look so easy during a recent demonstration. The students were able to show their instructor and others who were in attendance just how well they learned the skills necessary to receive certification as an operator of a forklift, reach truck, or clamp truck.

The seven young men have trained directly under the tutelage of White and received both classroom and hands-on training. The recent demonstration provided proof that each of the men is properly prepared and certifiable for the job opportunities that await them.

The last part of the demonstration involved the students operating vehicles in a cleared out auditorium and demonstrating their mastery of vehicle functions by placing crates on a shelf. 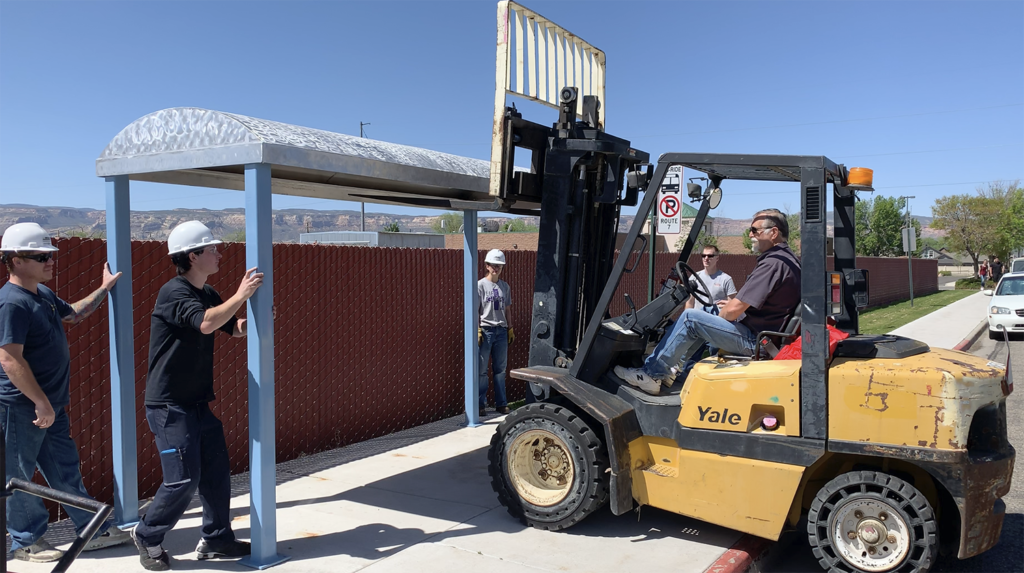 Angela Lawhorn is the new director of the Workforce Development Center. Lawhorn says the center is prepared to offer students a number of new customized training programs. She says the Center has received funding from the Workforce Credential Grant and will pair this with the non-credit financial aid it offers to help students obtain the credentials they need to find work for a fraction of the normal cost.

Lawhorn says she is excited for both students and the Workforce Development Center because of the many new programs being offered. She says the Center is also working closely with area employers to make sure the curriculum they offer is in line with the training employers wish to see in new hires.

PDCCC President Dan Lufkin took some time out to observe some of the training received by the students first-hand. Lufkin says there is a great need in the industry for operators with the skills the seven men demonstrated. Lufkin says he and his organization are committed to serving the need for workers of businesses in the local region and longs to see the day when graduates of the programs being offered by the Workforce Development Center are the first choice of area businesses. 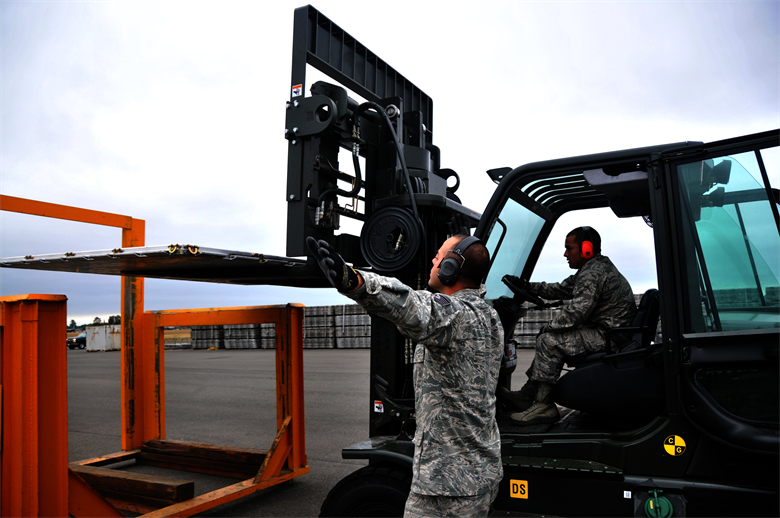 The seven students who recently trained under Wayne White each took a moment to explain why they signed up for the program.

Individuals interested in this and other programs offered by the Workforce Development Center should call 569-6050. The Center can also be reached by email at workforce@pdc.com.