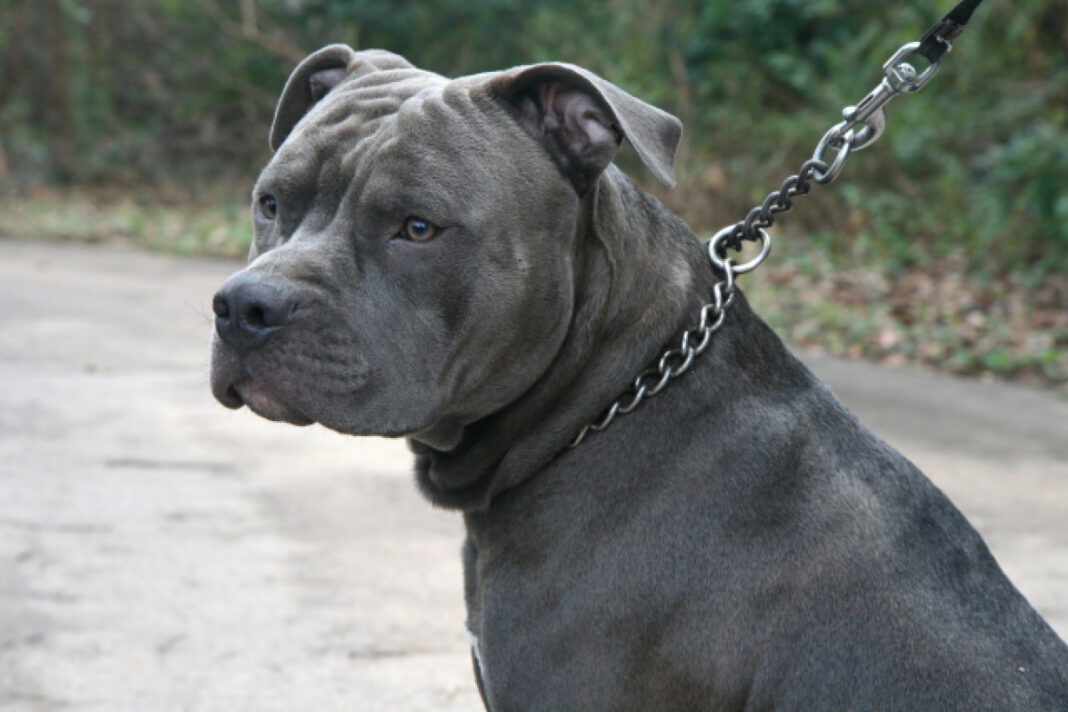 An elderly woman living in the small town of Windsor in Isle of Wight County in Virginia is recovering today and thanking her lucky stars that her neighbor was able to act immediately and save her life from a pit bull attack.

Jane Ashe, 76, of Peanut Drive, had just arrived home from morning grocery shopping and was exiting her car with the bags and her small dog Jack in her arms. Jack is a Jack Russell Terrier.

The pair was walking to her property’s deck when Jane spotted the pit bull. She told it firmly to “go home!” The next thing she knew, the dog had quickly positioned itself between her and the door to the deck. The pit bull would not let Jane and Jack go inside.

Jack knew he was on his territory and began growling at the other dog. That’s when the pit bull lunged at the two, knocking Jane down as it attempted to attack Jack. She would not allow the dog to attack her little Jack, so she held on fiercely and began screaming loudly. The pit bull continued biting into her arm, and Jane feared she would die. 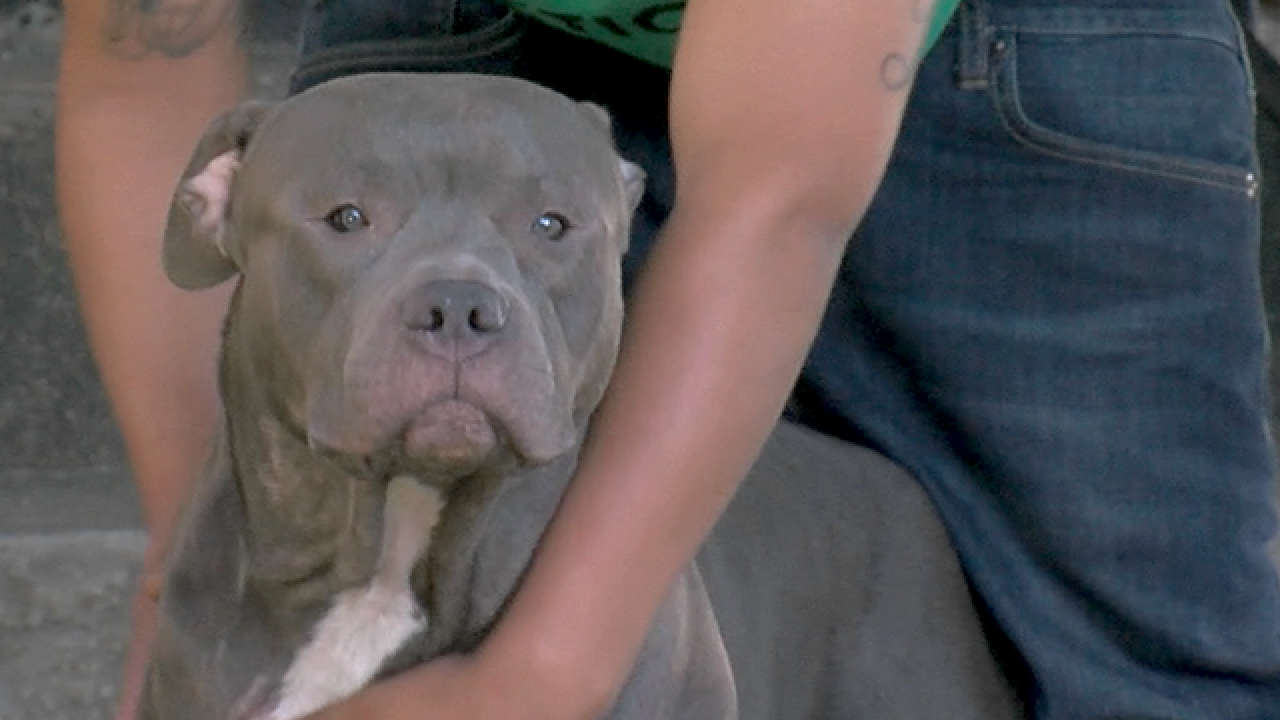 Her neighbor, Syrena Merritt, heard the desperate cries for help and ran over to Jane and Jack and began battling the dog with a stick. Meanwhile, Syrena is barefoot and trying to maintain her balance as she fought off the four-legged intruder.

The pit bull was forced back into its yard which is on the other side of Jane’s home. Unfortunately, the dog viciously returned and tried attacking again. Merritt quickly found a rope and was able to secure it around the aggressive dog’s neck and keep the dog at bay until help could arrive.

The pit bull was said to weigh about 40 pounds.

The women call 911, and paramedics swiftly arrived within eight minutes as Jane continued to bleed profusely. To the elderly victim, it seemed like an eternity before the ambulance crew had arrived, Meantime, Syrena also called her husband and son who were working at the equipment store they owned in Suffolk.

Jane’s serious injuries necessitated a flight to Sentara Norfolk General Hospital for immediate treatment of the nasty gash on the back of her head, deep lacerations and bruising to her right arm. Multiple stitches were required to close the gash, and she was released following the medical treatment.

Her dog Jack was more fortunate and escaped with only a few scratches to the back of his right leg.

Jane Ashe is doing well considering the brutal attack she and her Jack Russell terrier underwent, but the fate of the pit bull remained in question. Isle of Wight Animal Control stated that the dog would stay in quarantine at the shelter until a court date would be heard. 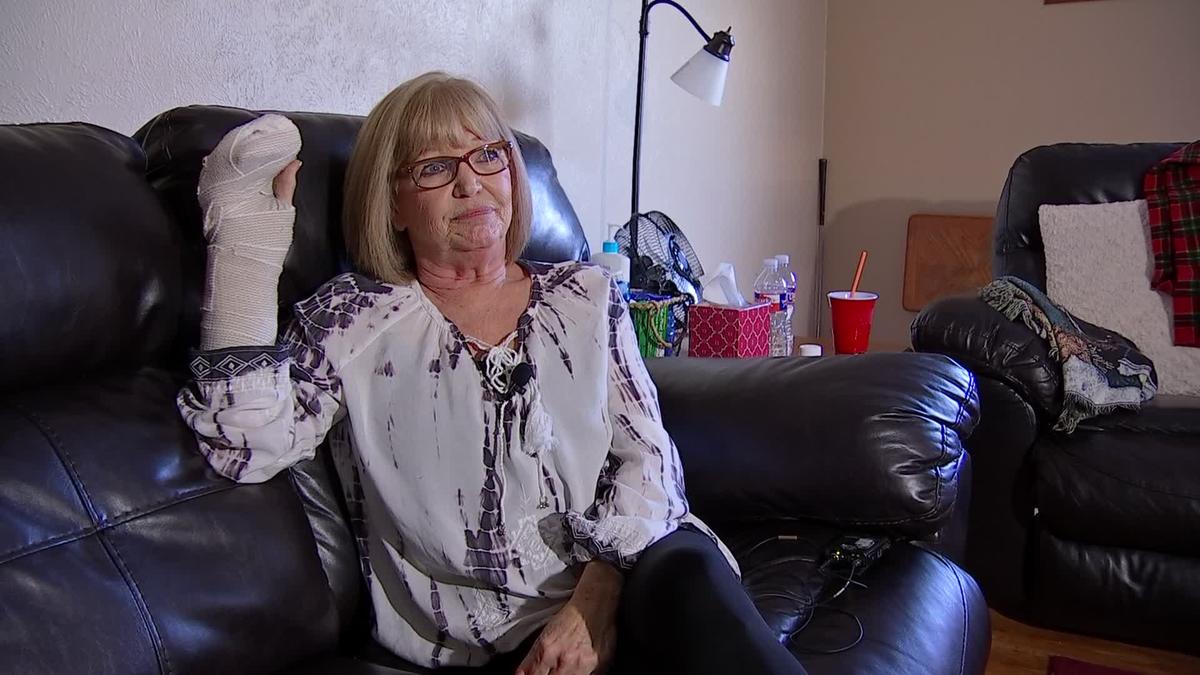 The owner of the pit bull is Lori Millhouse. She has seven dogs, a pot-bellied pig and two horses. She cannot fathom how her pit bull escaped from its secured chain. There have never been issues with aggression or attacks, and she fears her dog will be put down. She has begged Animal Control to find her pit bull a new home.

Jane Ashe and her husband Conrad, 81, were new residents to the neighborhood, barely a month there when the incident occurred. They have two Jack Russell Terriers, another named Shorty. They never allow the dogs outdoors to roam around unless she or her husband is present.

Millhouse wants to apologize to the Ashes but has come under threat from other people. She is very sorry this happened to Mrs. Ashe.0

8 Types Of Insurance You Will Need For A New Business